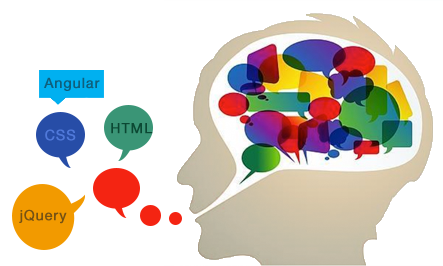 Does coding push the creativity back?

Complexity of frontend and back-end development diverts the designer from solution to the achievement of implementation.

Design has expanded a lot today

Frontend technology has grown with more sophisticated development methods. SASS and LESS has made CSS more robust. Grunt and Gulp has automated the frequently used tasks. jQuery for better animation and DOM manipulation.

Framework like Angular and Backbone made the divider line thicker between designer and frontend developer.

Can overlapping of design and frontend development skill enhance the design?

Finding or making a skill perfect in design and perfect in development (includes MVC framework) is tough to maintain with the current trends. Because front end development is not only to get the expected design to materialize on the web.

It’s about performance, no matter, how great a design has been materialize on web. If performance is slow, it will cost losing of users, or I should say losing the business. Aesthetic design connects the user emotionally but first step is to get the user there.

Almost half of the web users expect a site to load in 2 seconds, if not, they abandon site. User will not even have a look at the design and move to some other site.

Frontend development is not only to materialize the design on web. It’s about giving a better user experience to user by enhancing the performance and a better interaction experience. 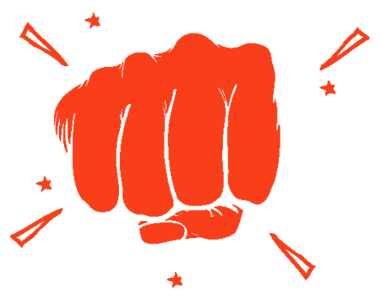 “Do not underestimate the power of a Front End Developer”

At what level, a designer can contribute in code?

If frontend development is about better user experience, better interaction, then why designer should not contribute in it. It will be really frustrated for the designer to giving PSDs to front end developer and disappointing with the result. It will be a time consuming activity to keep a task to and fro – review and rework.

Developer take the designer’s vision and bring it to a reality, what if, designer start a little contribution in the web conversion.

Responsive web designs heighten the complexity for designers with no code knowledge.

A mixed of responsive and adaptive approach is in trend. Without understanding of the grid framework and adaptive approach, there will be a gap between deliverables of designer and front end developer, which leads conflict and poor design with substandard user experience.

Should designer know the CSS?

Animation and DOM manipulation is super easy with jQuery. Frontend technology started mixing with design in the year 2007-2010. It helps a lot in the quick high fidelity prototyping.

Disconnection between design and frontend development hamper the design quality and cause for the substandard user experience. 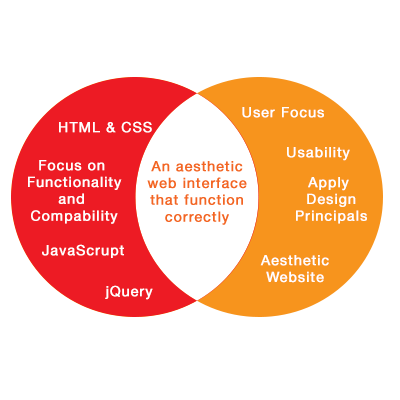 HTML and CSS are the fundamental building block of a web page. It will be an extra feather on the crown of a designer to know HTML and CSS. A designer will get extra edge to get their vision into reality in a better way. Or at least knowing how things work on frontend and backend can make a better designer.

Or at least any one (Designer or Developer) should have the overlapping skill set.

2 thoughts on “Should Designer code? Or at what level, a designer should code?”